Some of my earliest memories were stories.

Not stories I'd heard, but ones I was telling in my imagination. Echoes from a long forgotten part in a grander epic, a story older than myself, but incomplete without me. I wanted to repeat the echoes, but dared not. A managerie of whispers and fears commanded silence. Anybody who has struggled with thoughts of self doubt, self-recrimination and withering mockery knows this: Shame is the second most powerful force in the life of a creative soul.

Only the second most, though.

There has always been something captivating about the beauty in nature. It speaks of unfathomable goodness. Even today it catches me by surprise and makes me want to capture it, preserve it, celebrate and share it. Creation is epic, poetic. The blaze of a sunset. The way the mountains rise and fall. How mist glides without  a whisper through the trees. Beauty is more powerful than shame.

After 17 years as a professional in the CGI animation business I got an itch. I scratched it by picking up a camera. A life of pixels and imaginary people was starting to feel hollow. Substance was calling.

The first thing I aimed the lens at was beauty. Very poorly at first, of course. I lacked the technical know how to make the machinery capture what my eyes and my heart were seeing and feeling. But then you have to start somewhere. So start I did. Immediately came the echoes. Beauty stirred them again from their slumber. And with the echoes came the old whispers of shame. Everyday since I've lived out the battle between these two forces.

Regrettably I've been letting shame win the day more often than not.

It is time to come out of hiding, to ignore the whispers and fears, to let the avatars I'd hidden behind for years take a seat. It was time to step out, on both sides of the lens. Time for the old echoes to be to spoken.

z46 Films grows out of this ancient fabric. The goal is to tell stories that rhyme with the echoes of eternity. Any success these films enjoy is surrendered to the one for whom they're told. He alone sets the stage. The echoes are of His voice.

In the mean time, the hope is that I can find others who hear the echoes but have been hiding from speaking them for their own reasons. Together I hope we can bring to light some real beauty, inspire hearts to dream, awaken a few slumbering sojourners. And if we are blessed, to then share those blessings with those for whom such luxuries as making films is as far away as walking on the moon.

Posted by Keith Lango No comments:

You gotta start somewhere. Might as well start here... 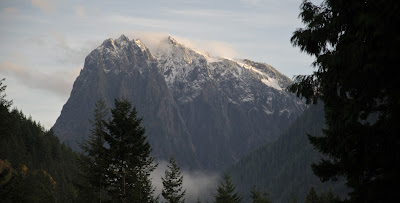 This is the first blog post. Maybe it will be more some day. But today it is enough.
Posted by Keith Lango No comments: